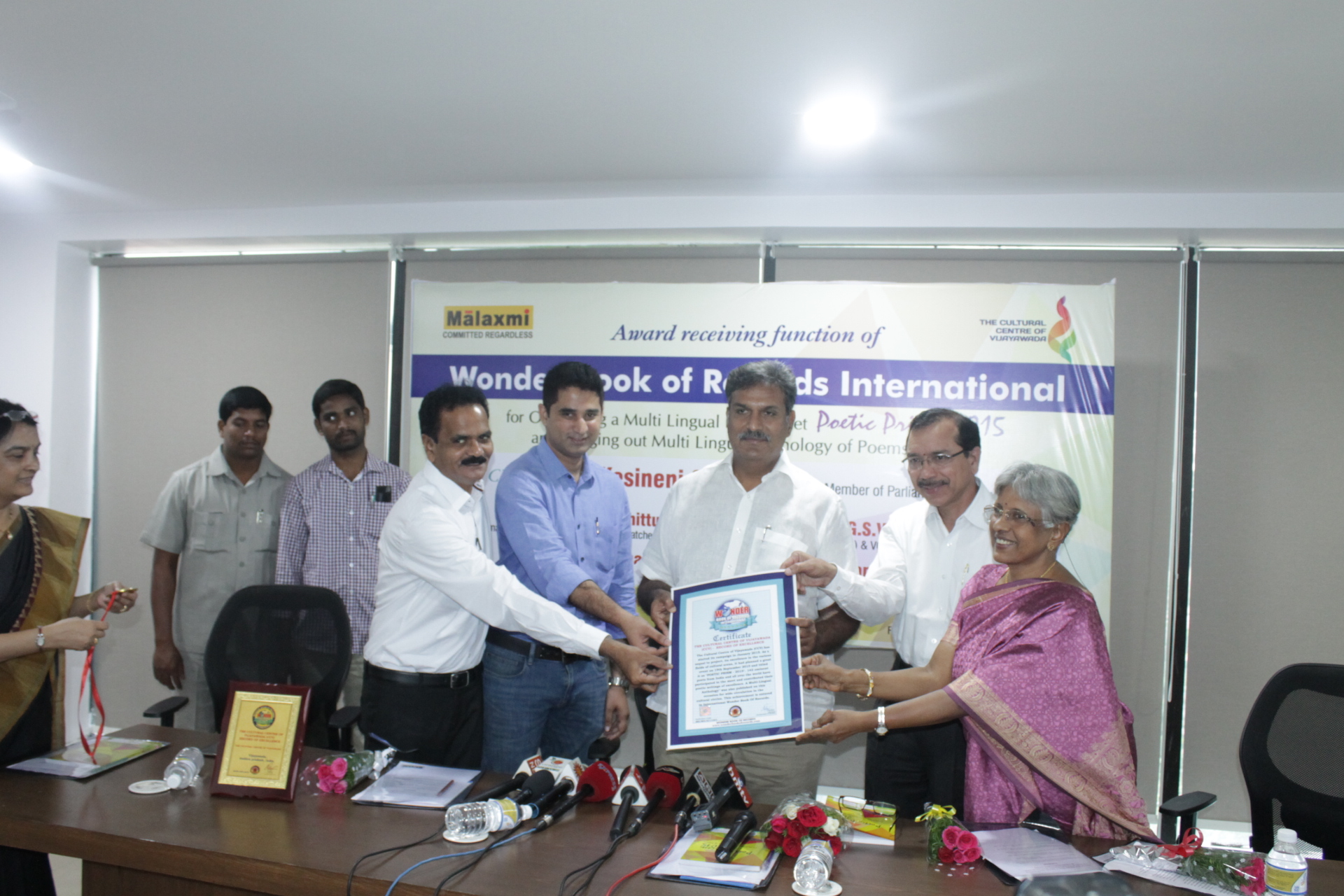 THE CULTURAL CENTRE OF VIJAYAWADA (CCV) – RECORD OF EXCELLENCE

The Cultural Centre of Vijayawada (CCV) has started its campaign in January 2015. As a sequel to projects, its excellence in the various fields of cultural arena, it had planned a great event on 19th September 2015 and titled it as “POETIC PRISM -2015.142 eminent poets from India and all over the world have participated in the meet and contributed their poetic writings of excellence.A Multi-Lingual Anthology” was also published on this occasion for wide circulation in the cultural circles.