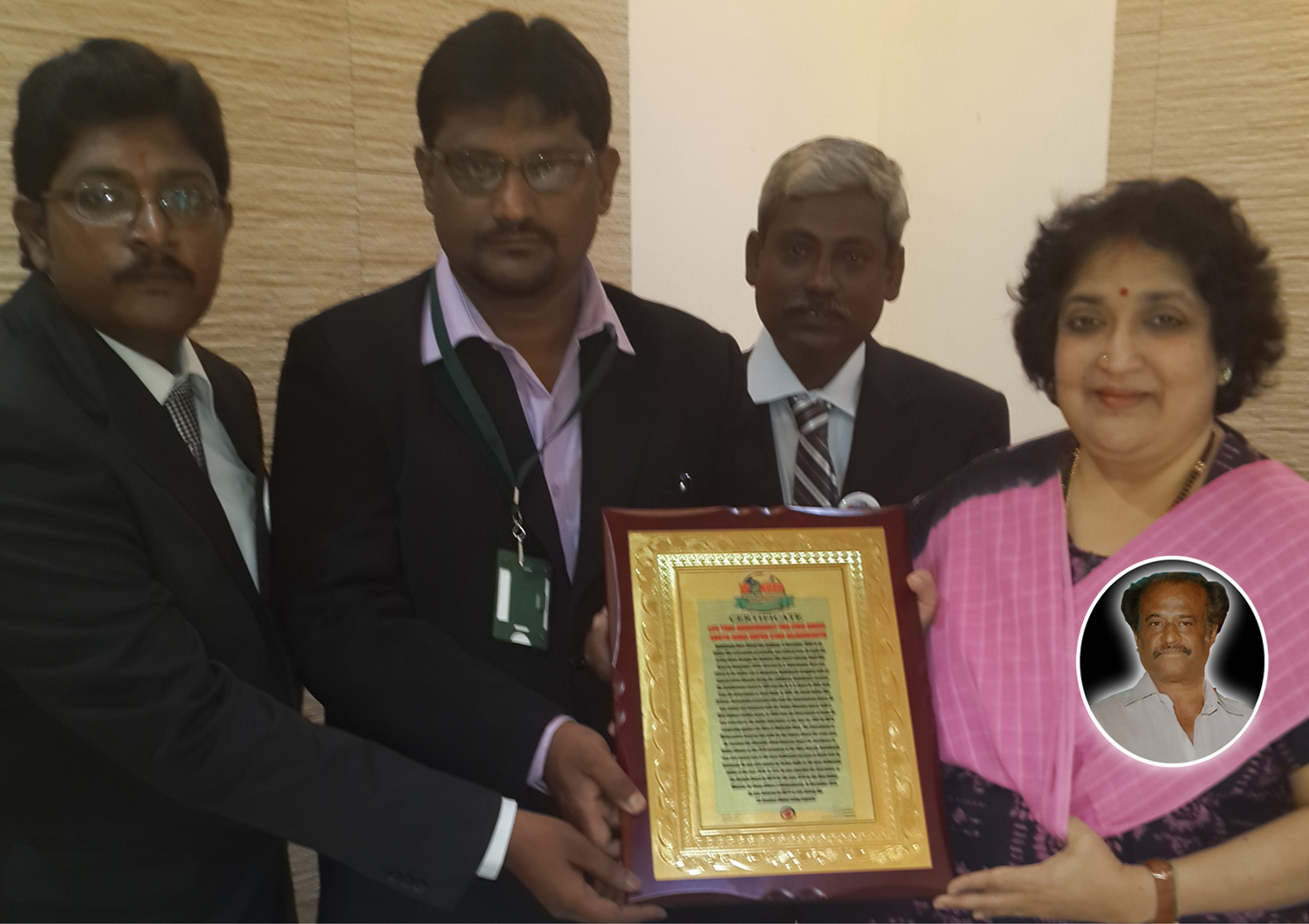 RAJINIKANTH S/o Shivaji Rao Gaikwad (Born on 12 December 1950) is an Indian film actor,media personality, and cultural icon.
He made his acting debut through the National Film Award-winning Tamil film Apoorva Raagangal (1975), directed by K. Balachander, Born and raised in the Indian city of Bangalore, Rajinikanth struggled with an impoverished lifestyle during his childhood. Rajinikanth received the Kalaimamani award in 1984 and the M. G. R. Award in 1989, both from the Government of Tamil Nadu. In 1995 The South Indian Film Artistes Association presented him with the Kalaichelvam Award. He was named and honoured with the Padma Bhushan award, India’s third highest civilian honor, in 2000 from the Government of India. He was selected as the Indian Entertainer of the Year for 2007 by NDTV, competing against the likes of Shahrukh Khan. The Government of Maharashtra honored him with the Raj Kapoor Award the same year. He received the Chevalier Sivaji Ganesan Award for Excellence in Indian Cinema at the 2010 ceremony of the Vijay Awards. Rajinikanth was also named one of the most influential persons in South Asia by Asiaweek. He was also named by Forbes India as the most influential Indian of the year 2010. In 2011 he was awarded the Entertainer of the Decade Award by NDTV for the year 2010 In December 2013 he was honored by NDTV as one among the. “25 Greatest Global Living Legends”