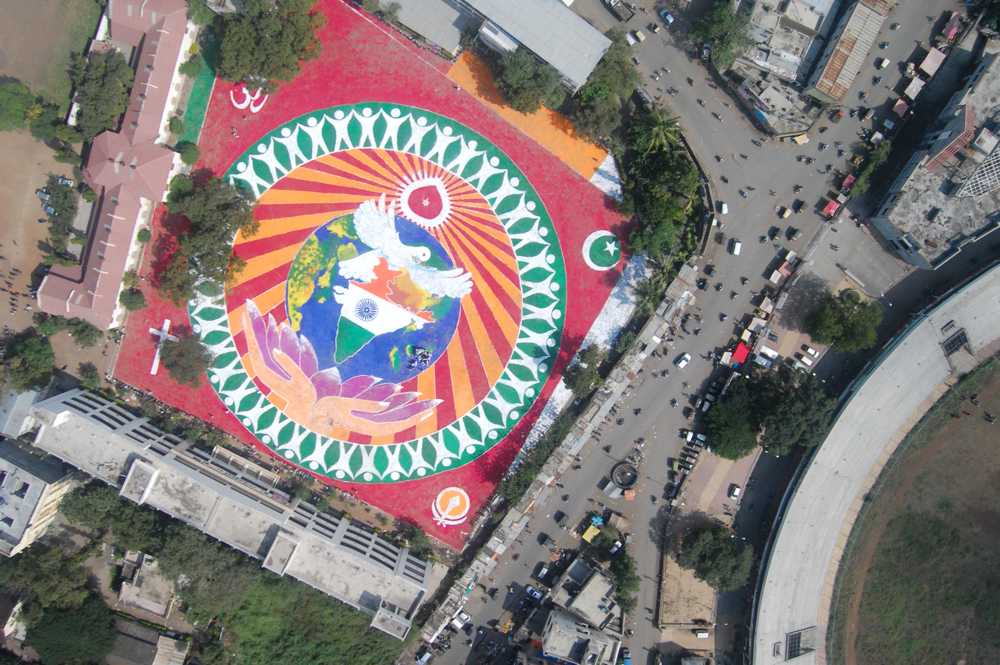 A gigantic rangoli created by the Ahmednagar branch of Prajapita Brahma Kumaris aishwarya Vishwa Vidyalaya and its youth wing has now found a place in the Wonder Book of Records as the ‘LARGEST SAND PAINTING’ in the world. Depicting universal peace, harmony, cooperation and spiritual values, the rangoli was made as a tribute to those who lost their lives in the 26/11 terror attack in Mumbai. It was created at the Ashokbhau Firodia School ground and measured 9,028 square metres (97,176 square feet).
More than 2,500 students and members of Brahma Kumaris youth wing from all over the country participated in the mega event and about 19,000 kg of rangoli colours in nine shades was used. About Rs6 lakh was spent on the colours used for the rangoli.
The previous World record was held by Pranali Patidar for creating a 6,000 square-metres rangoli in Dhule in 2009. The Brahma Kumaris are a spiritual value-based educational institution which is active across 135 countries and has more than 8,500 branches all over the world. The world’s biggest rangoli measured 9,028 square metres.