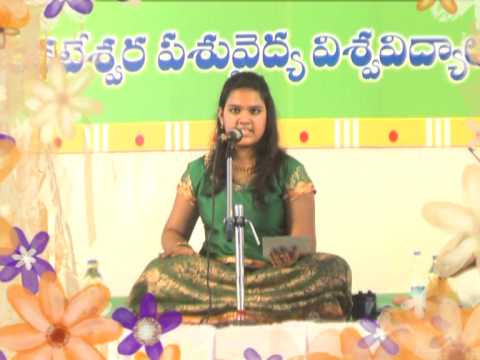 This is to certify MALAVIKA ANAND TOKELA (Born on 8th December, 1999) from Andhra Pradesh, India is a child prodigy in Vocal Music (Karnataka Vocal Music). She started music at the age of Two years. She has released many Audio CD’s and Albums at the age of 9 years. She performed many devotional songs through live performances on the stage. Her most popular Audio CD’s albums are commercial hit in four languages Telugu, Kannada, Tamil and Hindi.